The Number 5 and Emerald - the Stone for May 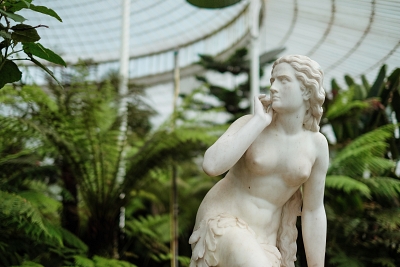 I have always been in awe of numbers. It is not that I am particularly good at working out what we used to call arithmetic, it’s just that because I feel rather inept in this area, I try harder to at least keep pace with number exercises or problems. I also think that numbers are much more that they first appear. Think about the Number 1. See how straight it stands. This is a number that will brook no opposition. Its very stance is evidence of its refusal to bend to the will of another. Oops – tangent.

Numbers are much greater in the affect they have on our lives than we might give them credit.  All this leads me on a quest to find how numbers can impinge on our lives for good or ill and so my interest in numerology is fostered. Now some may scoff but the fact is that numbers are all around us. We use numbers every day in every aspect of our lives. I wanted to see which number is allied to the gemstone for May so let’s get started.

The classic birthstone for May is the Emerald and the number for this gemstone is the Number 5 which gels very nicely seeing that May is the fifth month. In my travels through the websites I learned other things about the Emerald. It is allied to the planet Mercury and the element of Earth. However, before I go off on a tangent, looking at all the associations that can be likened to this gemstone, let’s look at the numerology.

Five is a number of adventure and freedom; the quintessential adventurer seeking all that the world has to offer and giving generously in return, for 5 is generally not one to hold all to itself.  It is also a very sensual number (five senses, five fingers and toes) and it’s about enjoying life, trying new experiences, and seeking out pleasure. This number is the number of changes; in life – (marriage, divorce), new job etc. and of making important choices.

The Number 5 is one of those numbers that seem to be sociable and even minded in most things and it is true that the characteristics attributed to the Number 5 include a positive attitude, intelligent curiosity, loyalty in relationships, imagination, analytical skills along with patience and an independence of spirit. However, the Number 5 can also exhibit a woeful lack of scruples, a selfish attitude to others and their possessions, the desire for revenge and an intolerant arrogance. Well, there you go, as my brother used to say.

I think that the shape of each number reflects their nature, and, just as the Number 4 is square and grounded, the Number 5 is a symbol of dynamic motion. Where the Number 4 is controlled, measured, synchronised, and static, the Number 5 is random energy, elastic and constantly in motion and it seems to me that its top exhibits a ‘flighty’ attitude as if to say, “I can do anything – watch me”.

Can I just say a little something about the Emerald? Throughout time, this gemstone has been known as a symbol of truth and love. In ancient Greece and Rome, Emerald was said to be the gemstone of the goddess Venus, purveyor of love and hope. The Incas revered the Emerald and the Egyptians believed Emerald to be a source of eternal life and a gift from Thoth, the ancient god of wisdom which is probably where its reputation for intelligence with discernment originates. The Emerald is also known as a stone of intuition, activating psychic abilities and opening clairvoyance.

This gemstone is thought to bring renewed life force, success in new ventures and good health. It is also said to help the wearer see things clearly and rationally, encourage meditation and reflection, and bring out the natural wanderer, explorer and scientist. This is the stone of vitality, new beginnings and strong, faithful relationships.